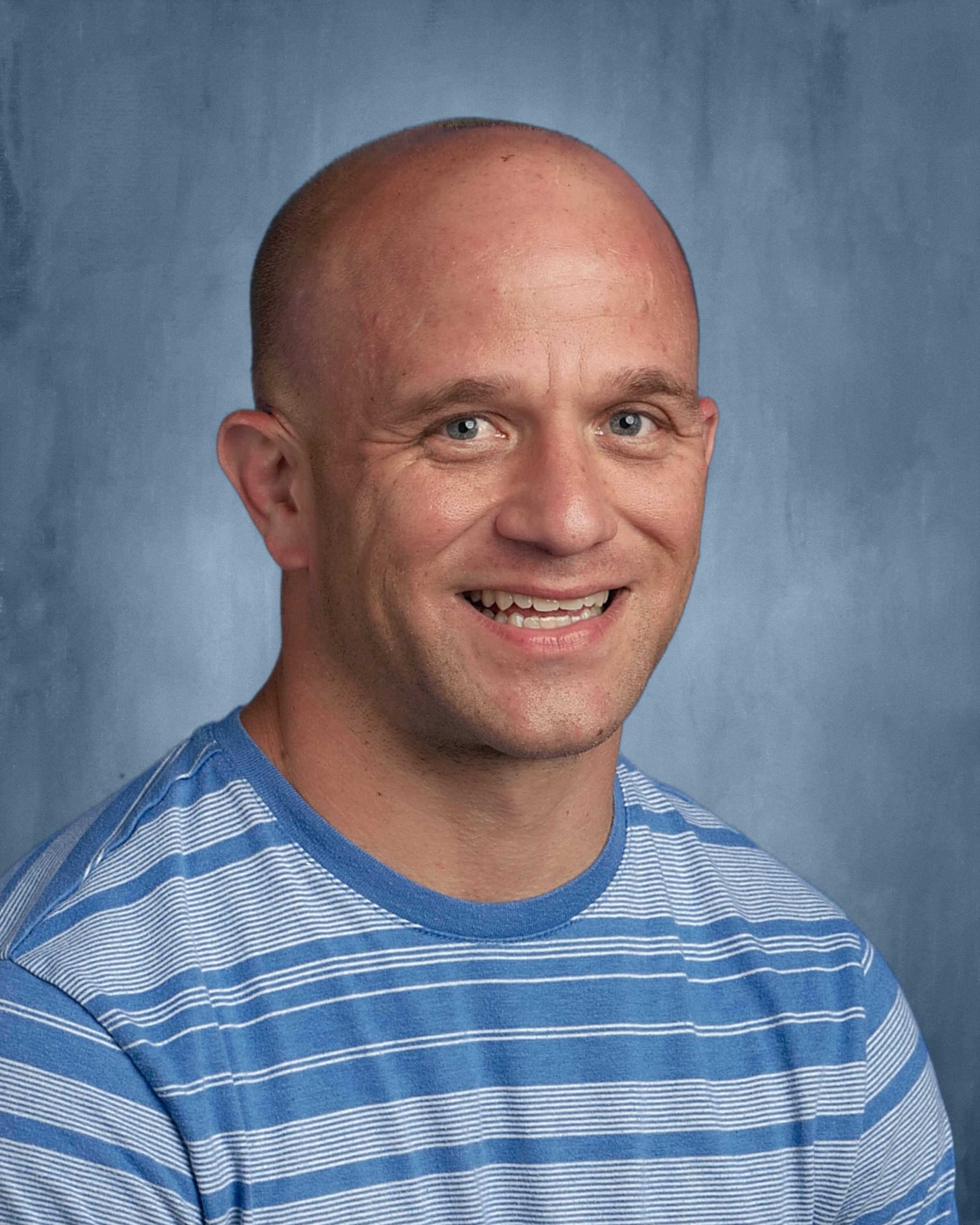 Coach Mike Diglia has lived and breathed wrestling for the past 36 years. He began wrestling at 4 years old and was a youth state champion in both Texas and Ohio. During his high school wrestling career at Elida High School in Ohio, he was a state qualifier and helped his team win their first league title in over 50 years.

Coach Diglia discovered his passion for coaching while still in high school. He began coaching youth wrestling while attending Elida, and would go on to coach at the youth, middle school, and high school levels, serving as assistant coach at both Wapakoneta High School in Ohio and Council Rock North High School (CRN) in Pennsylvania. In 2020, he was named the Head Coach at Council Rock North following the retirement of Coach Vivacqua.

In the past three years as head coach for the perennial wrestling powerhouse, CRN, his teams have two Top 10 finishes in the Pennsylvania Interscholastic Athletic Association (PIAA) AAA State Championships, including a 5th place team finish in the PIAA AAA in 2020. Council Rock North was also the 2020 PIAA AAA SE Regional Team Champion. In the past two years, Coach Diglia has produced 6 NCAA Division I wrestlers (Iowa State, Navy, Army, Pitt, Bucknell, Penn) and has coached individual champions in both the prestigious Powerade and Escape the Rock tournaments. Over the course of his career, he has led a staggering 63 wrestlers to compete at state tournaments.

In addition to his experience coaching school programs, Coach Diglia has an extensive club coaching background as well. From the Brawlers Freestyle Club; a startup club that operated out of a daycare center; to Team Underground that operated in a chicken coop in an open field, Coach Diglia has been entrenched in year-round wrestling regardless of the conditions. After relocating to Pennsylvania, he began coaching at Apache Wrestling Club. He then went on to start PA Wrestling Factory which operated out of his garage before moving to a karate school in Richboro. His most recent partnership with George School represents the culmination of a long-term vision to grow the great sport of wrestling.

He currently serves as a youth coach for Council Rock Wrestling Association, CRUSA Youth Soccer, and Northampton Baseball. Coach Diglia has extensive experience in athletic development for young athletes. He owns and operates PA Fitness Factory, LLC which offers sport specific training for athletes of all developmental levels. He has written the Championship Mindset, a curriculum that offers direct instruction in breathing techniques, visualization, self-assessment, and strategies to manage emotions.

Coach Diglia and his wife, Kym, are both high school teachers at Council Rock North and reside in Richboro with their three children - Case, Clare, and Cameron. They are expecting their fourth child this October. Coach Diglia holds Masters’ degrees in Business Administration as well as Education. 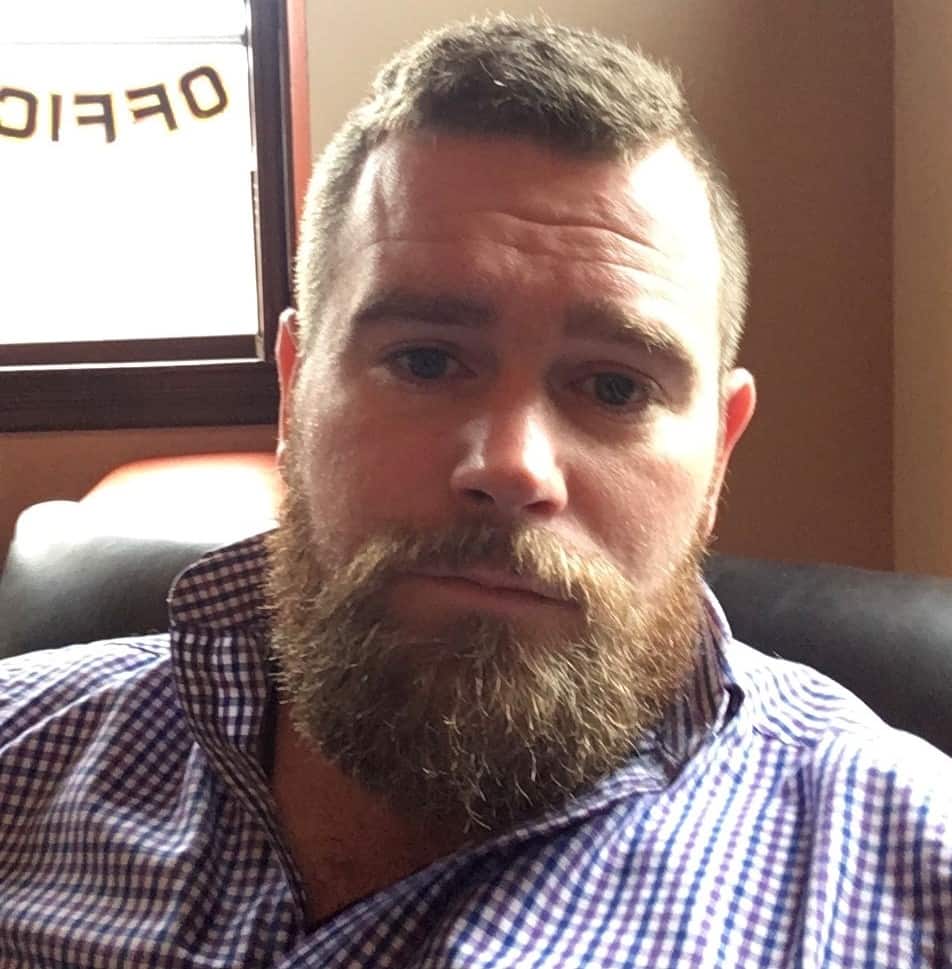 Coach McGovern was a four-time Bicentennial League champion during his tenure at Bristol High School. He then went on to wrestle Division II at East Stroudsburg University.

He has served as an assistant coach at all wrestling levels from youth through high school and has also trained professional MMA fighters to wrestle as well.

In 2014, Coach McGovern became the head coach at Abington Friends School (AFS). In his five-year tenure, he more than doubled the number of state place winners and national qualifiers in AFS’s 30-year program. He brought them to their first two appearances at the Friends Select League championships and their first appearance at the Beast of the East tournament.

Coach McGovern is entering his third year as the head varsity wrestling coach at George School. His goals for the program include growing the club, taking home a league title, and qualifying multiple wrestlers for nationals.

Coach McGovern and his fiancé, Sara, are expecting their first child in February. They currently reside in Croydon, Pennsylvania. 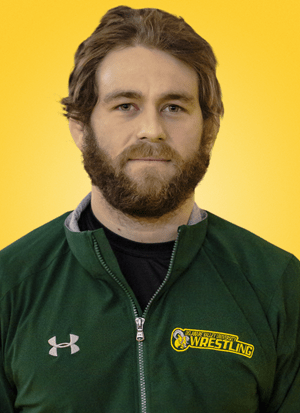 Coach Taylor took over the DelVal men's wrestling program in April of 2020. His first season at the helm was an abbreviated campaign due to the coronavirus pandemic.

The squad went 1-4 in dual matches, but Coach Taylor grew the team in numbers as well as academic success. The 2021 Aggies had 6 MAC Academic Honor Roll members, 2 Academic All-MAC honorees, and 4 NWCA Scholar All-Americans. Coach Taylor earned his first career victory in a 31-22 triumph over Messiah College in the 2021 season opener on February 13.

A native of Columbus, Ohio, Coach Taylor comes to DelVal by way of Division III affiliate Baldwin Wallace University where he served as assistant men's wrestling coach of his alma mater for six seasons under head coach Jamie Gibbs.

As a member of the Yellow Jackets staff, he helped compile a 104-23 record over five seasons and captured 4 straight Ohio Athletic Conference (OAC) titles, 2 Central Regional championships, and 2 regional runner-up finishes while being nationally ranked each year. During that span, Baldwin Wallace University had 38 individual national qualifiers, including a Division III best - 9 individual qualifiers in 2018 and 6 All-Americans. This past season, Baldwin Wallace University was ranked number six in the country heading into the 2020 Division III National Championships.

Coach Taylor played a key role in the Yellow Jackets' success off the mat and in the classroom as well. The team finished with the second-highest team GPA in all of Division III for the 2018-19 season and ranked 10th overall in 2019-20 with a 3.55 team GPA.

As a Division III student athlete at Baldwin Wallace, Andrew compiled a 92-70 career record, 3 seasons with 20-plus wins, one trip to the national championships, and a nod to the NWCA Scholar All-American team.